Sire search on the Spanish scale

What is ICO and gICO?

The ICO for “Production, Functionality and Health” is the total merit index that is used in Spain for ranking bulls according to the Spanish breeding goal. As soon as genomic information is available, gICO can be computed.

What are the benefits of using gICO?

gICO is a breeding goal that aims for the most profitable animals in the future economic circumstances. Spain is producing annually 6 Million of tons of milk and consumes 9 Million of tons of Milk. Therefore gICO is first focused on production and type. Nevertheless, the definition of gICO has been changed in June 2019 to give more and more importance to the functional traits (longevity and claw health) and taking into account milk prices within the Spanish market.

Who is responsible for estimation and publication of breeding values?

Where do you search for the gICO of a specific sire?

gICO and all other breeding values calculated by CONAFE can be found on CONAFE Bull Search (official website). Searching is done by using a bulls' country code (3 digits) + sex (M) + 10 last digits of the International ID.

Where do you find more information on Spanish proof? 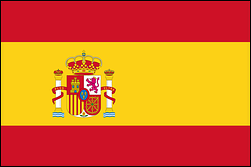 The gICO is composed of breeding values for 5 groups of traits with their respective weights:

Press publication of the CONAFE and Interbull breeding values takes place 3 times a year on the following dates:

and new genotyped animals on the following dates: